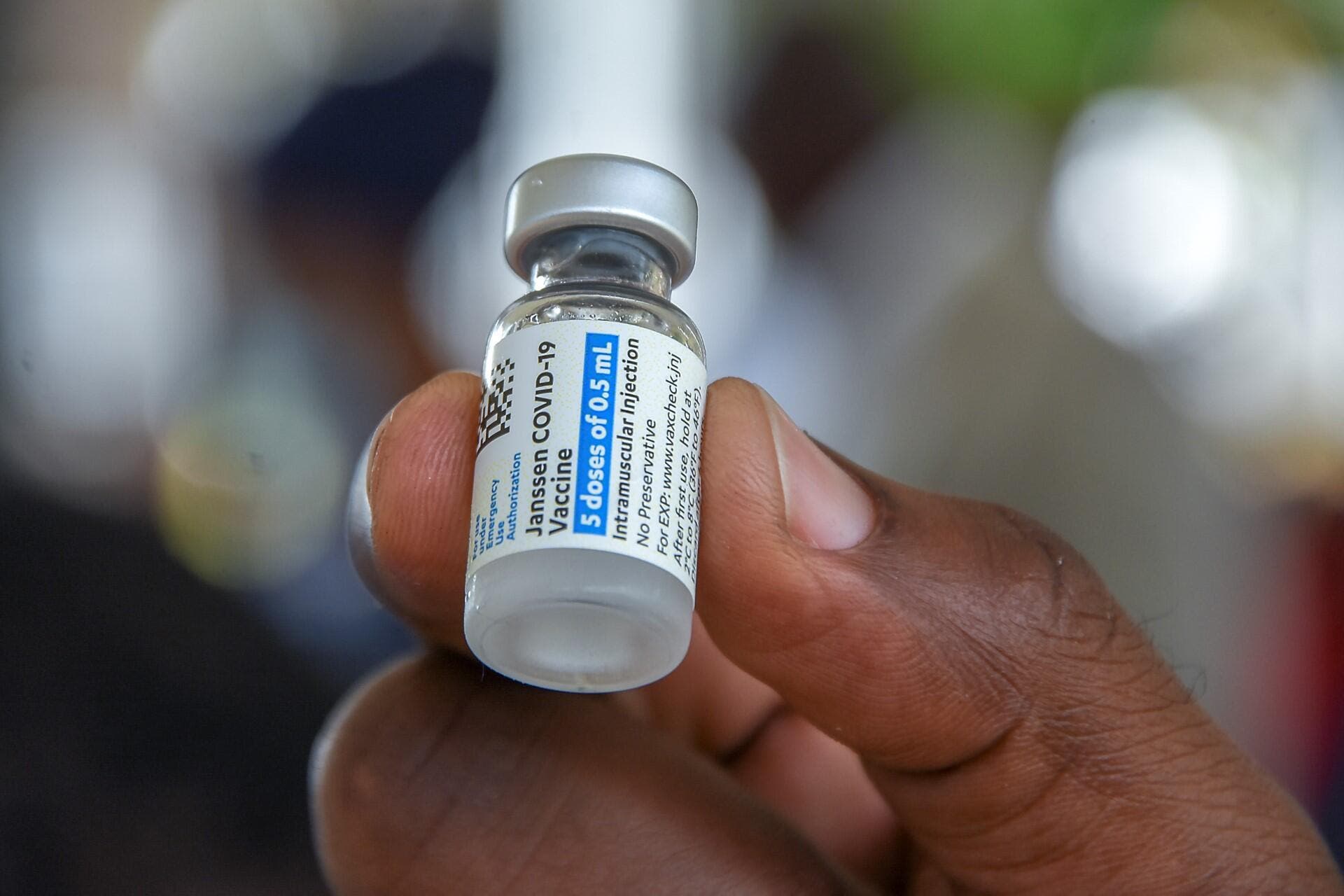 Health officials are struggling to dispel criticism and misinformation about COVID-19 vaccines in Tanzania, amid widespread apathy among younger generations in a country desperately trying to contain a third wave of infections.

The East African country, which largely eschewed mask-wearing and social distancing, joined the World Health Organization’s COVAX initiative through which it received more than 1 million doses of the Johnson & Johnson (Janssen) vaccine donated by the US.

The hostility to COVID-19 jabs and suspicion of science are fueled by a legion of rebel politicians and radical clerics who are opposed to the vaccination idea based on religious convictions.

As vaccines become widely available, a huge number of Tanzanians are still undecided about getting vaccinated because of a complex web of moral, medical and political convictions.

President Samia Suluhu Hassan, who publicly took the Johnson & Johnson shot during a campaign kick-off in July that was intended to vaccinate at least 60% of the nation’s 58 million people has called for more awareness building.

👉🏽 The country wants to vaccinate at least 60% of its estimated population of 60 million people pic.twitter.com/bE3BzgyvVO

Tanzania, once known as an anti-coronavirus nation, drastically changed its stance on the virus since the death of former President John Magufuli, an ardent coronavirus skeptic who touted prayer as the best remedy.

According to the Health Ministry, 105,745 people have been vaccinated and 164,500 have been scheduled to take the jab.

While deeply held religious convictions vary among Christians, the urge not to get vaccinated has spread as quickly as the virus, leaving officials grappling to contain the surge of citizens who want to jab.

On a humid Sunday, women in dazzling outfits, men in shiny suits and wide-eyed children stream into the church to hear the message from the man they call bishop.

“Jesus will defeat evil institution and take the lives of those administering the vaccines” roars the 51-year-old Josephat Gwajima, a self-proclaimed bishop amid deafening cheers and applause.

Gwajima, one of Tanzania’s millionaire pastor-cum-politician who leads the Church of Revival and Life, has refused to get vaccinated and is urging followers not to take the jab out of the belief that God is the ultimate healer and deliverer.

“We will not vaccinate in the name of Jesus Christ. Let’s stand as a nation to reject these vaccines,” Gwajima said in one of his Sunday services.

In his sermons, Gwajima, an ardent critic of the vaccinations, is urging his followers not to take the jab because it could harm cognitive functions and make people look like zombies.

Speaking at his church, Gwajima said western nations that promote the global campaign to vaccinate are harboring an evil agenda against Africans.

While there is no data about vaccine hesitancy among evangelical Christians and other radical groups, religious reasoning often spread far beyond church walls and reaches the wider society.

“It is dangerous to mislead people who trust us in a matter of which we have no expertise,” said legislator January Makamba.

Agatha Masawe, a hairdresser in Dar es Salaam is in a dilemma because she read on social media that the vaccine likely causes infertility.

“There are too many things that people say about COVID vaccines. It is hard to tell who is saying the truth,” she said.

Hanifa Tweve, a second-year student at the Institute of Social Welfare is undecided because she fears potential long-term effects.

“I have not yet decided yet to vaccinate. I don’t want to make a decision that I will live to regret,” she said.

Deus Kitapondya, a public health expert currently working with Amelda hospital in Dar es Salaam, said the vaccines are safe and their efficacy is scientifically proven.

He said the best way to dispel skepticism about the vaccines is for the government to fully embrace a scientific approach in matters of public health and communications based on international standards.

“The minister of health and her deputy who publicly mislead the public should resign. It is not an easy decision but it is a solution once and for all” he said.

Kitapondya said the government should release statistics about the real situation, including patients, deaths and treatment.

Listen to that exclusive interview and other stories, on the latest edition of the Africa Today podcast.https://t.co/Op83J1WAYx

“Religious leaders and other influential people should mobilize people to take the jab,” he said.

As younger generations are still dragging their feet to take the jab, a growing number of senior citizens are jostling to get injected with the Johnson & Johnson shot.

At the Mabwepande Health Centre on the outskirts of Dar es Salaam, a group of elderly people is huddled on wooden benches, eagerly waiting for their turn to get vaccinated.

“I just cannot wait to take the jab, it’s my best bet and my best protection,” said 76-year-old Vera Kamuzelya.

She said suspicion against COVID-19 vaccines is unfounded since research has established its efficacy and safety before they were approved.

The elderly are foot soldiers leading the way in Tanzania’s COVID vaccination drive.

While health officials are battling skepticism about the perceived poor efficacy and long-term side effects of the vaccines, the elderly and frail population seize the opportunity to vaccinate and protect themselves against the virus.

A spot check by the Anadolu Agency at various vaccination centers revealed that queues are dominated by old people.

At Mwananyamala hospital, Verdiana Ndunguru, 80, clutches her handbag as she treks toward a tent where medical workers in surgical masks are injecting visitors with the Johnson& Johnson vaccine.

“I have come here because I feel obliged to save my life and the lives of others,” she said.

Although Ndunguru’s children were worried about her underlying health condition as a diabetic, a doctor who quizzed her was certain she was fit to get the jab.​​​​​​