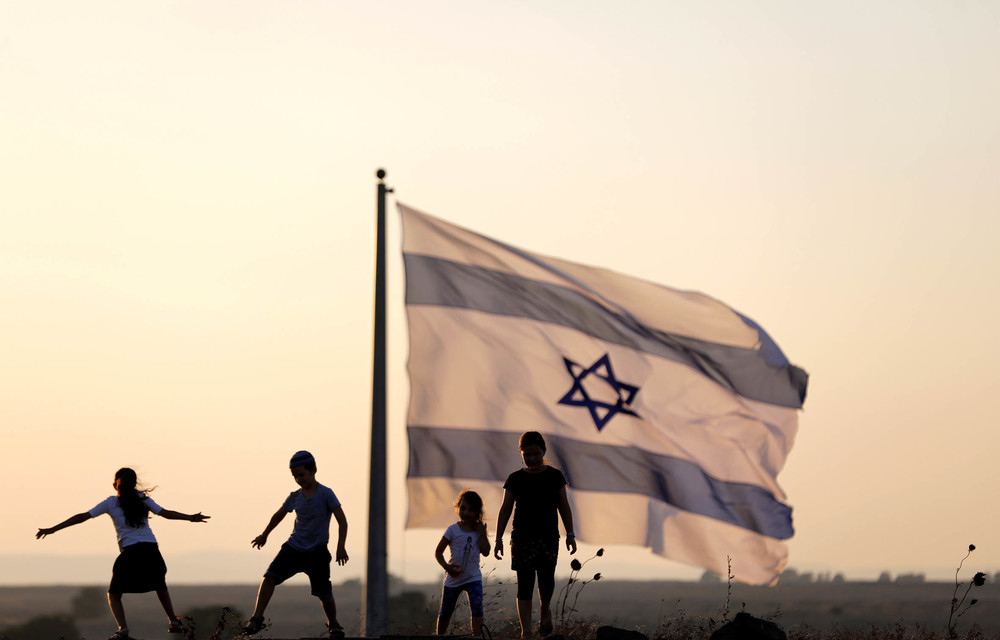 To those who scorn “clubs” such as the African Union, it may come as a surprise that Israel has long wanted to be friends with the AU. All states have strategic interests, some more so than others, especially when the issue is existential. Though the Israelis punch above their weight in many fields, the country needs friends, including those on the African continent. Stuck in the legacy of bloody territorial battles bequeathed by a careless colonial decision, the people of Palestine and Israel also fight their battles beyond the disputed territories — in the diplomatic world.

No self-respecting government misses an opportunity at cultivating strategic friendships. Size does not always matter; other considerations such as noise and moral weight count. It would be foolish to ignore relations with the anti-imperialist African collective. By sheer weight of numbers and historical profile, the African voice counts. Sympathy and solidarity with the Palestinian cause is evident in the African collective. Hence, with the dogged persistence of an unwanted sibling, Israel has long courted acceptance in the African brood. Israel was a friend of the precursor to the AU, the Organisation of African Unity (OAU). It lost that status when the OAU mutated into the AU.

So, what is new about the reports that the AU Commission (the secretariat of the AU) granting Israel observer status to the AU? The exact position is now an issue with some technocrats in the commission belatedly suggesting that it only received the diplomatic credentials of the ambassador of Israel to Ethiopia, Burundi and Chad, and that this is not akin to granting observer status. The confusion arises from the AU procedures.

Starting with Algeria and South Africa, at least 17 African countries have issued statements opposing  the decision. Individual statements condemning the decision have been issued by, among others, Botswana, Lesotho, Namibia and Zimbabwe. A joint objection was also submitted by Algeria, Comoros, Djibouti, Egypt, Libya, Mauritania and Tunisia. The Southern African Development Community (SADC) instructed its ambassadors in Ethiopia to seek clarity from the commission. The objecting countries have now united in a formal move for the commission to rescind its decision by placing the matter for debate at the next session of the AU executive council.

The thrust of the objections from the African countries is that the commission did not consult AU member states before taking the decision. The admission of Israel as an observer, or receiving her diplomatic credentials at the very least, contradicts the AU’s position against the continued occupation of Palestine by Israel. The objecting countries consider the decision as a unilateral move by the commission’s chairperson. The matter also raises questions about AU procedures, and in particular, member states’ relations and powers versus their own secretariat headed by the commission’s chairperson.

Contrary to the assertions of the growing number of states protesting against the commission’s decision, there is no obligation for it to consult AU member states before granting accreditation to a non-African state. In a recent communique this action was confirmed:

“Following the decision to accredit the representative of the State of Israel to the African Union, the chairperson of the African Union Commission, Moussa Faki Mahamat, wishes to recall that this decision falls within his full sphere of competence, without being tied to any preliminary procedure.”

Curiously, while the news reports and the various statements of objection have referred to the observer status of Israel, the actual rules do not use the term when referring to non-African states. The phrase “observer status” is used with specific reference to NGOs. The problem arises from the confusingly worded Criteria for Granting Observer Status and for a System of Accreditation Within the AU. These criteria give the commission a badly worded discretion to grant accreditation to non-African states. It is this discretion that some of the protesting member states have grudgingly acknowledged as the “executive prerogative” of the commission.

The rules simply state that: “In the case of an application by a non-African state, the chairperson shall consider such a request bearing in mind the supreme interest of the union and the known views and concerns of member states. If, in his considered view, there are no reasons why such a request should not be acceded to, the chairperson shall accept the letter of accreditation of the head of mission or representative of the concerned state and thereafter notify periodically the member states and the AU policy organs of the names and designations of the accredited representatives.”

This is the AU’s foreign policy tool at its most formal level,that is, the accreditation of non-AU countries. It is hardly a formal and predictable system of accreditation, and it is based on what the head of the AU secretariat decides. After-the-fact objections of the AU member states creates institutional self-humiliation and embarrassment for those non-African states deemed to have obtained “observer status” — in fact, accreditation — through the backdoor.

The wording of the criteria is impractical and nonsensical. For the commission’s chairperson to consider each member state’s views regarding the application for accreditation by a non-African state, they must know of those concerns in advance. How would these views be known in advance when there is no provision that requires the commission to consult AU member states on each request for accreditation by a non-African state?

The furore over Israel’s “observer status” requires some contextual analysis of the AU’s procedures and underlying issues. The same rules make provision for the granting of observer status to NGOs. In contrast to non-African states seeking accreditation, the criteria and process for NGOs are strict and formal. NGOs face more than 10 requirements that must be fulfilled, then they must follow a specific procedure to file the request for observer status. It is necessary to go into detail to expose the absurdities from the furore over Israel’s “observer status”. In short, NGOs face detailed scrutiny regarding their competence, registration, period of operations, institutional structure, management and sources of funding. This is a further issue with curious implications, which for this purpose we can describe as the “non-discrimination” requirement.

In addition, an NGO must submit a written application at least six months before it can be considered by the executive council, to allow sufficient time for processing the application. This application should be accompanied with a memorandum of the NGO’s past and present activities; its connections, including any connections external to Africa, and any other information that will assist in determining its identity, especially its scope of activities.

The application is then considered and processed by the commission and submitted to the executive council through the permanent representatives committee. Thereafter, it is considered by the ministers of the AU member states, who decide by consensus or vote whether to grant an NGO observer status. This process lasts at least six months, involves technical experts, ambassadors and ministers. The ministers debate and finally vote. It is an intensive and transparent process involving considerable amounts of financial resources and time spent by the applicant NGO, the commission and AU member states.

In contrast, the ambassadors and the ministers woke up one morning in July 2021 to hear that Israel was granted observer status at the AU. (A few knew, surreptitiously, in advance.)

Apart from the tedious process faced by NGOs, one detail sticks out. The requirement for non-discrimination means that an NGO that declares that its interests are to advance the cause of the Palestinians versus the Israelis stands no chance of getting observer status on grounds of discrimination. On the other hand, Israel gets accreditation with the AU when it has variously been described as an apartheid state.

The AUC has in recent days attempted to dampen the controversy by reaffirming the AU’s commitment to Palestinian sovereignty and to the two-states solution. The attempt at deciphering whether the issue is about Israel’s observer status or accreditation ignores the real issues. This is not about the tragic Israel-Palestine matter that has been with us for more than 50 years.

The issue is about the AU’s management of its own affairs, in this case exposed by an incautious delineation of powers between member states and its secretariat. Throw in the deep diplomatic machinations behind the scenes and the resulting embarrassing episode can only add more obfuscation.

Managing cohesion and unity among 55 countries is not easy. But clarity of purpose, backed by predictable and clear rules that are properly implemented, does help to create cohesion and unity. How to resolve the problem in general is to review the role of the commission in the AU’s foreign policy. How to resolve the specific problem is to simply require member states to be consulted in advance of a non-African state seeking accreditation status, and to define the criteria and procedure for considering such requests. The detailed and surveillance-type process and its state-heavy scrutiny regarding NGOs’ applications looks more suitable as criteria for considering applications for accreditation by non-African states. While they are at it, the AU may wish to reconsider whether the over-suspicious attitude to NGOs is worth the trouble.

The contradictions are a consequence of the fixation and deep suspicion that many African governments have with NGOs. This results in NGOs and their supporters being held in the same contemptuous perspective as the political opposition, for example, the concept “NGO” or “civil society” is bandied about by some governments as if it is currency for insurrection.