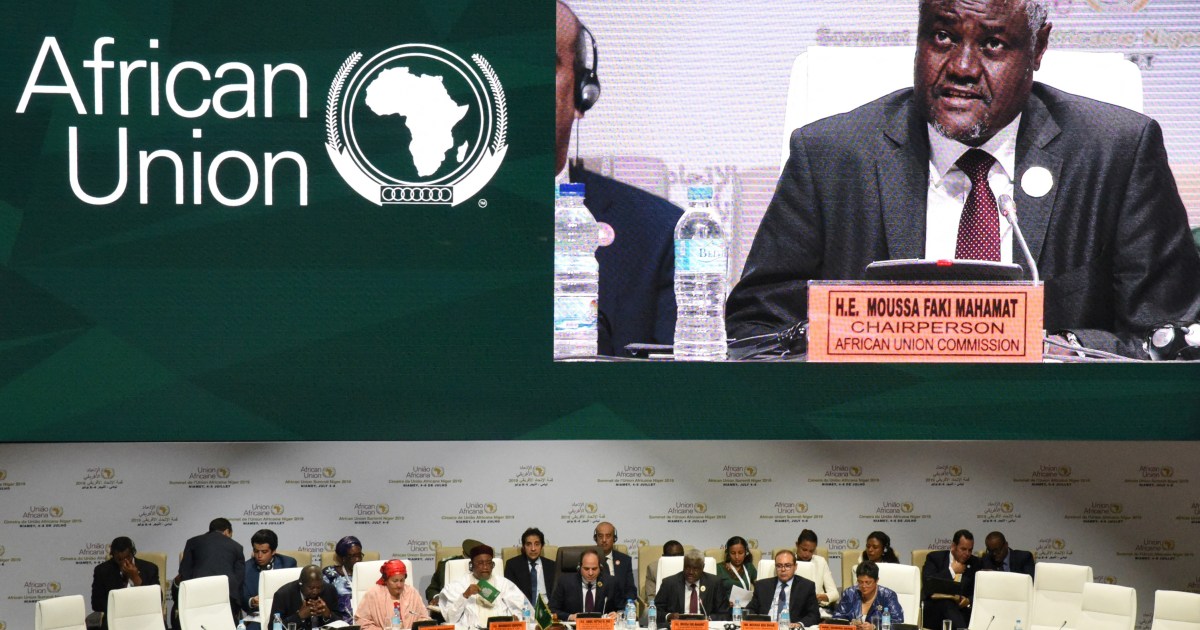 For decades, African countries have supported the Palestinian liberation struggle against Israel, seeing in it parallels with their own anti-colonial movements. Likewise, the African Union has not hesitated to criticise Israeli international law violations and occupation of Palestinian lands.

Most recently, Chairperson of the African Union Commission Moussa Faki Mahamat condemned Israel’s war on Gaza and its violent attacks against Palestinians in Jerusalem. So why on earth did the commission grant Israel the privilege of an observer status at the AU just two months later?

It is not like Israel has had a change of heart in its treatment of Palestinians. If anything, Israeli leaders have doubled down on what international human rights organisations have called war crimes and have persisted in their colonial policies, despite African condemnation.

As South Africa’s President Cyril Ramaphosa has argued, Israel is erecting an apartheid system in Palestine akin to apartheid South Africa as colonisation, in the form of illegal, exclusively Jewish settlements, goes on unabated.

Some South African and Israeli observers have deemed Israel’s racist regime “far worse” than South Africa’s pre-1994, given the large-scale ethnic cleansing that has taken place in Palestine.

All of this begs the question: Why would Mahamat, a seasoned politician, allow such a questionable and grave decision to be made without consultation with the member states?

This is especially disturbing considering that an absolute majority of African states have only recently renewed their trust in Mahamat’s leadership, re-electing him for another four-year term!

Already, some major countries from Algeria to South Africa have flatly rejected Israel’s admission to the Union, in any form, as incompatible with the values and principles of the AU charter, demanding an explanation and outright reversal.

Now, I realise that a number of African and Arab leaders have appeased Israel as a way to reach out to the United States. They reckon that Israel has major sway in Washington and may be of help to influence the decisions of the world’s superpower in their favour.

Indeed, such pragmatism – read opportunism – may have worked for the likes of Sudan in getting US sanctions lifted after it began normalising relations with Israel.

In other words, US leaders have encouraged such malpractice, no less the present administration, which claims to put human rights at the centre of its foreign policy.

Mahamat’s own impoverished and embattled home country, Chad, has stepped up its relations with Israel over the past four years for military and strategic gain.

But how does that relate to the African Union Commission? And why should the Palestinians always pay the price?

After all, the Ethiopia-based AU Commission is not a state; it is a continental organisation that represents all 55 member states, most of whom have suffered terribly at the hands of the same type of repressive colonialism that is besieging Palestine.

Africa’s inter and intra-state politics are too complicated to address in one article, but there is certainly a unique shared history and a certain commonality among African states that cannot be forgotten or ignored.

Not long ago, Israel was directly implicated in supporting Western colonial enterprises in Africa. And it armed and trained some of the worst African regimes during the Cold War.

Worse still, it never apologised for it. Ever.

And while Israel did try to improve relations with African countries by providing various types of aid and technical assistance over the past two decades, it has also armed some of the continent’s unsavoury regimes.

Still, there is nothing that Israel can offer Africa that it cannot purchase on the world market or obtain from the various world powers vying for influence on the continent.

In other words, pragmatism does not justify appeasing racism.

It is not a coincidence that the late Nelson Mandela, who led reconciliation in South Africa, never reconciled with apartheid Israel and persisted in his support for the Palestinian struggle while vehemently opposing anti-Semitism.

I remember his words all too clearly when I attended the Durban World Conference Against Racism 20 years ago where my book, Palestine/Israel: Peace or Apartheid, was launched.

Mandela urged the thousands of attendees to fight against the “racism contagion”, which he described as a “disease” not unique to any people or continent, but an ailment of the human mind and soul.

But Israel, with the help of the US and other Western countries, sought to undermine the conference, fearing a condemnation of Zionism and Israeli racism and demands of Western repatriations for African nations.

A week later, al-Qaeda’s despicable 9/11 attacks on New York and Washington unleashed a global barrage of racism against Muslims and Arabs, including Palestinians. And it has not stopped since, even though Muslims have been the foremost victims of terrorism.

Today, as Africans continue to suffer from discrimination and prejudice, Africa must be at the forefront in the fight against racism in all its forms, including religious bigotry, national chauvinism and settler colonialism.

The African Union Commission has a moral and political responsibility to lead such a fight against racism, not undermine it through cynical appeasement and empty declarations. Granting an apartheid regime the privilege to “observe” the African Union legitimises it and empowers Israeli leaders to carry on with their colonial enterprise in Palestine.