Pre-K-12 instructional materials are just one slice of a publishing industry that broadly thrived over the past year.

Data released last week by the Association of American Publishers show that sales of educational instructional materials in March more than doubled, year over year.

Overall educational revenues for instructional materials climbed by $111.7 million, while revenues for pre-K-12 resources reached $61.4 million in March —  an 82 percent jump over a year ago.

Education publishers’ gains over the past year have come at a time when public and private investment in education markets has soared. Federal lawmakers have approved three different stimulus measures, the most recent of which will channel $130 million into K-12 education. Venture capitalists poured $16.1 billion total into ed tech in 2020, $7.9 billion more than the previous record set in 2018.

One factor driving the increases in education publishers’ revenues: Two of the three largest state markets for vendors in terms of student population – Texas and Florida – purchased significantly more instructional materials this March than a year ago, according to AAP’s PreK-12 Books & Materials Monthly Report for March 2021.

Florida and Texas K-12 leaders bought $8.5 million and $2.3 million worth of pedagogical materials, respectively, showing increases of 331 percent and 137 percent over March 2020.

On the other hand, sales of instructional materials in California, the state with the largest K-12 population, dropped from $6.1 million to $3.9 million.

In addition to higher monthly sales, Florida also generated a sizable increase in revenues for instructional materials across the full years of 2019 and 2020, growing from $6.9 million to $11.4 million. During the same period, annual sales for California fell from $12.1 million to $10.1 million, and yearly sales for Texas declined from $7.8 million to $7.2 million.

Other segments of the publishing industry have also seen their revenues increase over the past year. Consumer books grossed $743.9 million in March, a 34.2-percent increase year-over-year, while professional books generated $33.1 million, a 33.2-percent gain.

AAP released the information based on questionnaires they sent to publishers, the group said. The monthly reports draw revenue data from approximately 1,300 publishers.

Publishing sales for this year are more comparable to 2017-2019 levels than to industry revenues last year, which was a “tough” time for the industry, AAP said.

School buildings across the U.S. started closing in March 2020 amid the initial onslaught of COVID-19, forcing districts to quickly pivot away from traditional instructional methods and swiftly reprioritize their spending.

Though the publishing industry posted striking growth rates in March, the industry typically sees stronger performance over the summer, and so the next few months will provide a better indicator of the sector’s resilience, according to the AAP.

Cambium Learning CEO John Campbell talks about how his company’s recent, major acquisitions of Rosetta Stone and the American Institutes for Research mesh with his organization’s strategic vision.

Join us to get access to the rest of this premium article. 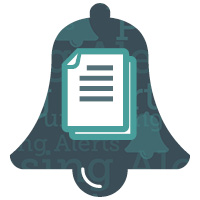 Join us to get access to the rest of this premium article.