A large car bomb targeted the top police commander for the Mogadishu region. He survived the assassination attempt on his motorcade Saturday.

The bomb blast tore through a busy intersection in the capital, leaving blast holes on nearby walls and cars stripped to their charred, carcass-like frames. The police chief, Farhan Mohamud Qaroleh, who carries the rank of general since April, was the intended target, multiple agencies report citing police sources.

Why has al-Shabab targeted the police chief?

Al-Shabab controlled the capital until 2011 when it was pushed out by African Union forces. The group remains in control of large swaths of the countryside, especially in the middle of Somalia and the south of the country.

Somali police spokesman Sadiiq Dudishe said, “The objective of the terrorists was to get rid of the targeted police commander, other officers with him and any other civilian bystanders.”

In their claim of responsibility, al-Shabab said the blast had killed and injured a “large number” of bodyguards and destroyed several vehicles. 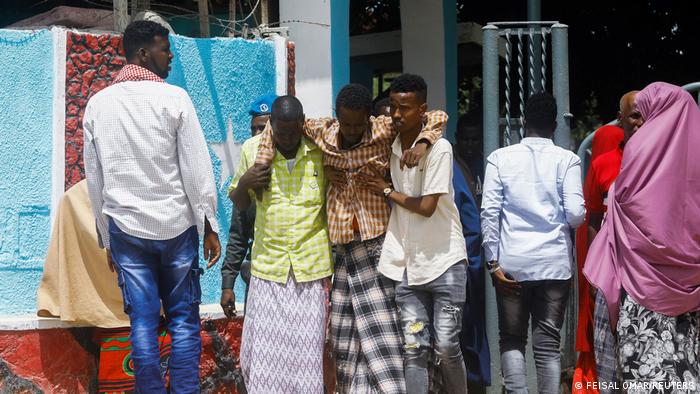 Last month, an al-Shabab suicide bomber struck a military base in the capital, Mogadishu

Attacks by al-Shabab against military and civilian targets are a regular occurrence in anarchic Somalia. Just last week, the terror group targeted a tea house meters from the Somali intelligence agency’s headquarters popular among members of the security forces, killing ten and injuring scores.

The terror group has been fighting the government since 2007. Al-Shabab hopes to overthrow the fragile Somali state and institute a harsh version of shariah law on the country.

Al-Shabab had hoped to kill the man who led a special police unit carrying out operations against them. 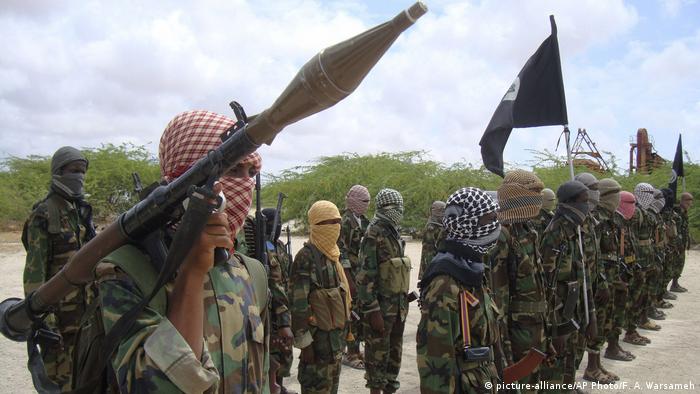 What do eyewitnesses say occurred?

Osman Adan, who says he saw the blast told AFP, “The whole area is messed up with smoke as the blast caused fire and I saw several dead bodies, most of them civilians.”

Dr. Mohamed Nur who works at Medina hospital in Mogadishu said at least nine were dead and eight injured, but with the caveat that these numbers reflect only those brought to his hospital.

“I am sure the number is bigger as some of the victims were rushed to other hospitals, such as the privately owned ones,” Nur told AP.