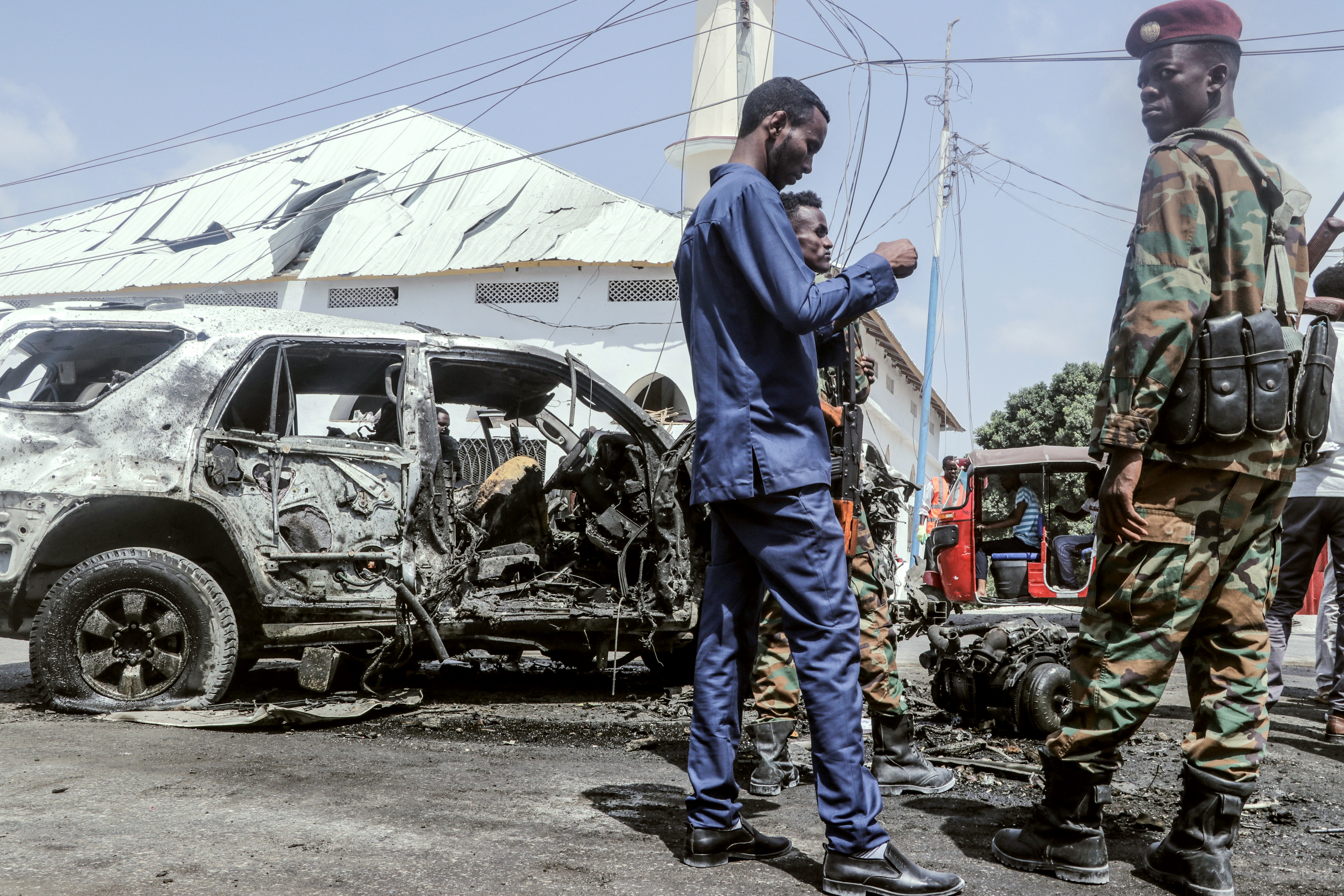 The suicide bombing targeted a convoy carrying a police commissioner in the Somali capital, officials say.

Somali officials say at least four people have been killed and nine others injured after a suicide car bombing targeted a convoy led by Mogadishu police chief.

“We have confirmed that four people, including pedestrians, were injured in the attack and nine others were injured. Al-Shabab militants intended to kill the commander, but he survived,” Sadiq said.

Al-Shababe, an armed group linked to al-Qaeda, was fighting to overthrow the internationally recognized government of Somalia, which claimed responsibility for the attack.

The group said four policemen were killed and five others were injured in the attack. They said they were the bodyguards of the police chief.

Al-Shabab, which controlled parts of Mogadishu, was ousted from the coastal capital in 2011 by Somali troops aided by African Union troops.