Tuesday’s meeting between Ivory Coast’s current president, Alassane Ouattara, and his rival, Laurent Gbagbo — who recently returned after being acquitted of committing war crimes by the International Criminal Court (ICC) — has raised tensions in the Ivorian capital, Abidjan. But amid the uneasiness, there seems to be a sense of optimism among many citizens.

“President Gbagbo and President Alassane, they are brothers. Both will show the world that there is total reconciliation in Ivory Coast,” one citizen told DW.

Reconciliation ahead of meeting

Another highlighted the country’s regional divide: ”I think that the meeting between President Gbagbo and President Alassane augurs good days, because for us, the north and the south, there is still hope.” 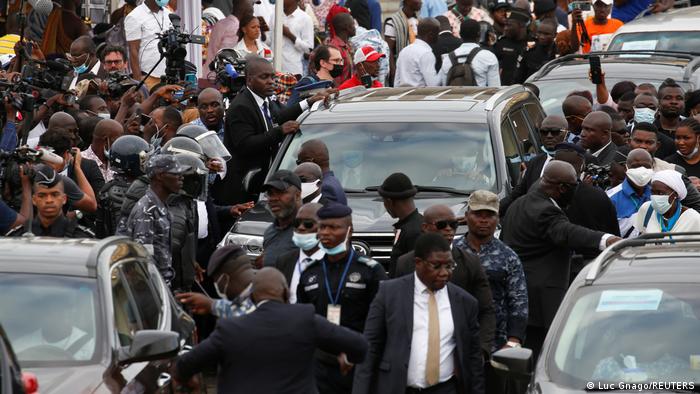 Publicly, both leaders have sought to project an image of peace and reconciliation.

Ouattara publicly welcomed Gbagbo’s recent return, using the Muslim festival of Eid al-Adha to appeal for national healing. “May the steps that have been taken for social cohesion, for reconciliation, continue to be made. May Ivory Coast continue to live in peace,” he said last week.

Gbagbo’s spokesperson said the two rivals have been “in touch” via phone since early July. Tuesday’s meeting will be the first between the two men since during the disputed 2010 Ivory Coast presidential election. 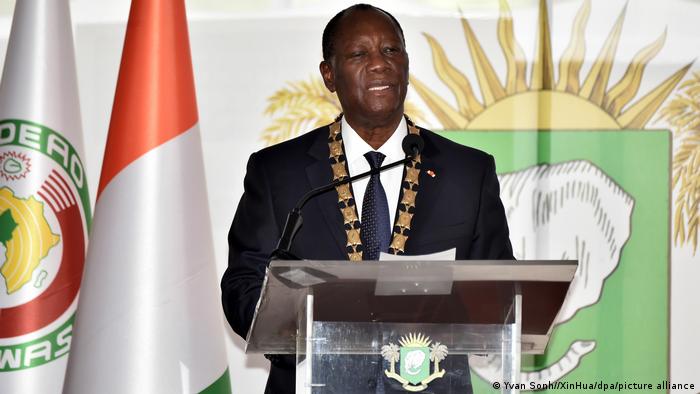 Back then, when the Independent Election Commission declared that Ouattara had defeated Gbagbo in the UN-recognized election, the country was plunged into disarray. Mistrust between northern, Ouattara-supporting communities and southern, Gbagbo-allied communities deepened.

Gbagbo refused to concede, and the Gbagbo-controlled Constitutional Council declared the election results invalid because of alleged electoral fraud in the country’s north.

The council announced new results: Gbagbo had won the election with 51.45% of the vote.

Abroad, however, Ouattara was considered Ivory Coast’s new leader, and the international community, the African Union and the Economic Community of West African States (ECOWAS) imposed sanctions on Gbagbo.

But the former president refused to go, and fighting broke out. The ensuing conflict saw some 3,000 people die in battles between pro-Gbagbo militias and Ouattara’s forces, which were supported by UN, ECOWAS and French troops and equipment. 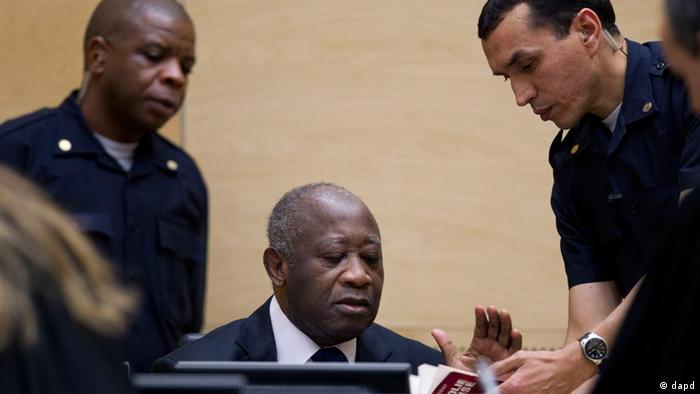 Gbagbo was hauled in front of the ICC in The Hague, and remained exiled from Ivory Coast until 2021

By the time Gbagbo had been arrested in April 2011, banished from Ivory Coast and sent to The Hague to face charges of crimes against humanity brought by the International Criminal Court, entire Ivorian villages had been destroyed. Hundreds of thousands were displaced by the violence.

Since that time, NGOs like Femmes de Salem have tried to bring northern and southern communities together to rebuild relationships destroyed by the 2010 crisis.

Kouadja came from southern Ivory Coast, and Makoko from the north. During the 2010 crisis, their families clashed. Several houses and plantations were destroyed.

Kouadja regrets the violence that destroyed part of her village and tore apart the community cohesion that once existed.

”We looked at each other like dogs, and that’s not good,” she told DW.

Since then, she said “we went to meet our sisters from the north” to make amends, among them Makoko who had returned to live with relatives in the country’s north.

“We have to live together so that the country can move forward. Our meeting went very well, we took pictures of each other and exchanged phone numbers,” Kouadja said.

“We are one people despite ethnic, religious and even political differences. Reconciliation came very naturally among us,” said Makoko.

Boussou Bintou Coulibaly, the NGO’s leader, said her group has facilitated reconciliation in communities where none was thought possible.

”We know that in 2010 the Ivory Coast was on fire, with very visible social fractures,” she told DW.

“We had to break the ice between the women of the north and those of the south. Because through the women, for us, something could be done to bring the populations together,” Coulibaly explained.

After being extradited to face charges of war crimes and crimes against humanity, the ICC eventually acquitted Gbagbo in 2019, granting him permission to return to Ivory Coast. Despite his decadelong absence, Gbagbo still has a large following in Ivory Coast — especially in the southern coastal regions, where he has a reputation for standing up for the poor and oppressed. 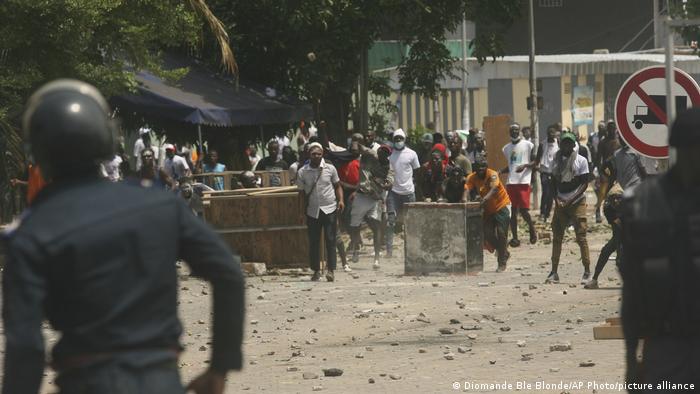 Gbagbo’s arrival on July 17 drew supporters onto the streets of Abidjan, where they were met with police

After inheriting a country with precariously balanced peace, Ouattara convincingly won his second election campaign in 2015. But in 2020,scores of people were killed in pre-electoral clashes with the police after Ouattara controversially unveiled his bid for a third presidential term; the country’s constitution allows only two terms. He won a landslide victory in the October poll, but gained little credibility as the vote was boycotted by nearly the entire opposition. 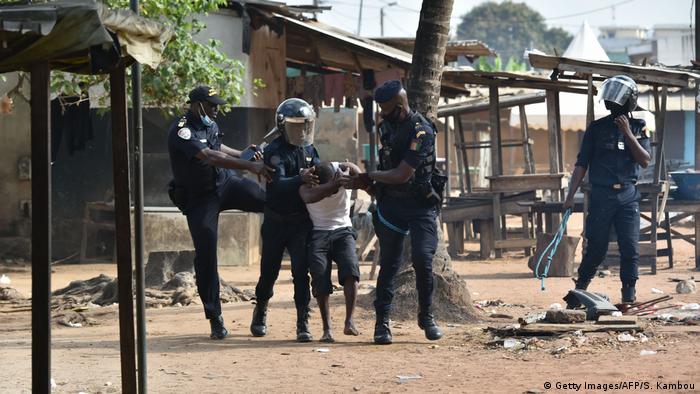 The Yopougon area of Abidjan is a stronghold for Gbagbo supporters, who protested Ouattara’s third term as president

For many Ivorians, solving the differences between the 79-year-old Ouattara and the 76-year-old Gbagbo are key to overcoming the country’s main crises. Neither man is in the same standing they once were. Recently, Guillaume Soro, Ouattara’s former prime minister, right-hand man and key figure in supporting Ouattara militarily in 2010 was sentenced in absentia to life imprisonment for undermining state security. He is now in exile. Gbagbo has also said he is united with former president and arch-rival Henri Konan Bedie, 87, in creating “final and sustainable peace” in Ivory Coast.