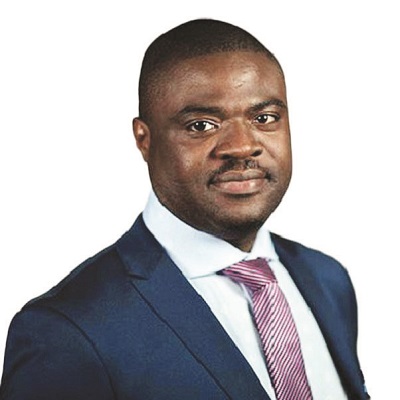 This followed his appointment into  the newly constituted Governing Board of the Nigeria Extractive Industries Transparency Initiative (NEITI) by President Muhammadu Buhari.

Olawuyi, a Professor of International Law, represents the Southwest in the 15-member board inaugurated in Abuja by President Buhari who was represented at the event by the Secretary to the Government of the Federation (SGF), Boss Mustapha.

The new governing board is under the Chairmanship of former permanent secretary, General Services in the Office of the SGF, Olusegun Adekunle while Ogbonnaya Orji, Executive Secretary of NEITI, will serve as the board’s secretary.

The NEITI board include the Permanent Secretary, Ministry of Mines and Steel Development; Executive Chairman of the Federal Inland Revenue Service (FIRS); and the Group Managing Director of the Nigeria National Petroleum Corporation (NNPC).

The board also has a representative of the International Oil Companies (IOCs).

The civil society organisations are represented by Peter Egbule while the Presidents of Nigeria Mining & Geosciences Society (NMGS) and Petroleum and Natural Gas Senior Staff Association of Nigeria (PENGASSAN) are representing extractive industries professional unions on the board.

The chairman and members have four-year tenure on a part-time basis, while the executive secretary has a five-year tenure and is on a full-time appointment.

Established pursuant to Section 5 of the NEITI Act, 2007, the Board, otherwise known as the National Stakeholders Working Group is responsible for the formulation of policies, programmes and strategies for promoting transparency, accountability and good governance in the petroleum and mining sectors of Nigeria.

Speaking at the inauguration ceremony in Abuja, President  Buhari charged the board to preserve the noble virtues for which NEITI is known and be non-partisan and continue to dignify neutrality.

”NEITI is not just a local agency of government, but part of an international organisation. Hence it must be seen to comply with the principles of the international NEITI,” he said.

“Your mandate as the board of this organisation is to ensure effective NEITI implementation in Nigeria by providing policy and strategic direction, guidance, monitoring and oversight to the NEITI process in Nigeria.”

According to him, Nigeria has witnessed phenomenal revenue growth from the oil, gas and solid minerals sector due to the meticulous implementation of the principles of the EITI by NEITI.

He said NEITI has also initiated and driven most of the reforms witnessed in Nigeria’s extractive sector in the past 17 years.

Buhari said the new board members have enormous responsibilities placed on their shoulders but expressed optimism that they will deliver on the EITI/NEITI mandate.

He urged them to consider their appointments as an opportunity to give back to Nigeria and contribute to the progress and development of the country’s extractive sector while building, consolidating and surpassing the achievements of previous boards.

Speaking on his appointment, Olawuyi, who is also a member of African Union’s Working Group on Extractive Industries, Environment and Human Rights Violations in Africa, said: “It is an absolute privilege and honour to have been appointed to serve on this important Board.

“If developed in an open, transparent and accountable manner, petroleum and mining sectors have enormous potential to unlock economic prosperity and sustainable development in Nigeria”.

He said he was looking forward to contributing his best to advance the important work that NEITI is doing to promote transparency, accountability, and good governance in these key economic sectors.

“I thank Mr. President for the confidence reposed in us and we shall not let the nation down,” he added.