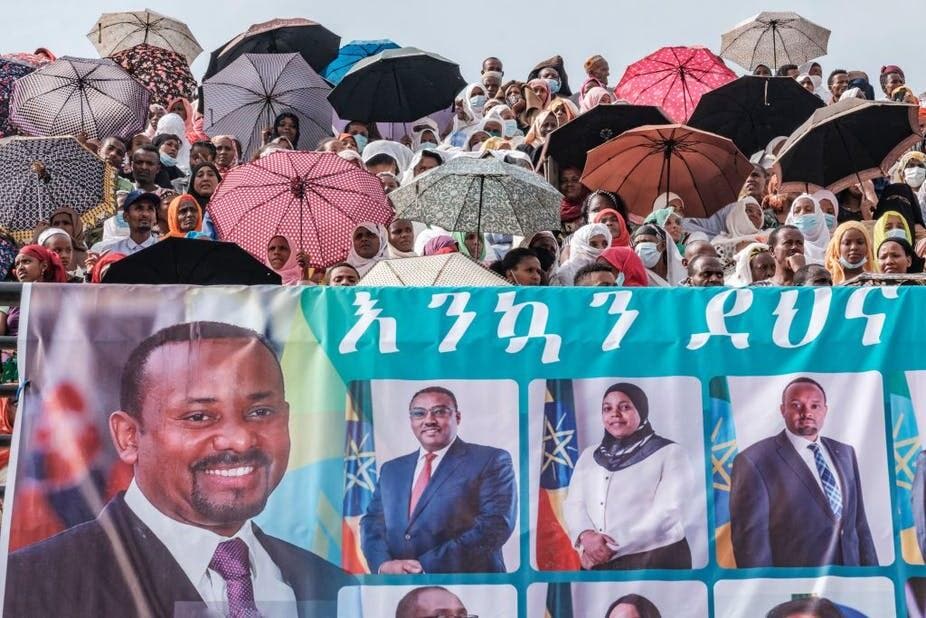 On June 21, Ethiopians went to the polls to elect representatives to the 547-seat federal parliament, councils of 10 regional states and two city administrations, the capital Addis Ababa, and the eastern city Dire Dawa.

The Ethiopian electoral law allows a party that wins over 50 seats — first past the post — of the federal parliament to form a government and the party’s leader to become the prime minister.

According to NEBE, among 47 parties and 125 independent contenders who participated in the polls, the Prosperity Party won 410 seats of the federal parliament which will be more than enough to form a government in September.

But due to security and logistic problems, elections in the Harari and Somali regional states were postponed to Sept. 6, and the polls did not take place in the Tigray regional state and in some parts of Oromia and Benishangul Gumuz regions.

Addressing the highly choreographed event of the announcement of the results that were broadcast live, Birtukan Mideksa, the chairperson of NEBE, said that despite the challenges, the board had managed to run a credible election.

“The polls were a justification of the fact that Ethiopia exists as a state,” she said, adding: “We were able to transform the will of the voters’ to political power.”

Birtukan also said Ethiopia for the first time managed an election laying the foundation for true democracy in a peaceful manner.

Speaking on the occasion, President Sahle-Work Zewde commended Ethiopian voters for having braved the blazing sun and rains to cast their ballots in a civil and orderly manner.

Earlier, the African Union Election Observation Mission led by former Nigerian President Olusegun Obasanjo hailed the election in the Horn of African nation of 110 million people as “peaceful and orderly.”

More than 40,000 representatives of civil society organizations also observed the June 21 election while the Ethiopian Human Rights Commission monitored it.