In Ethiopia’s Tigray province, a lack of medical supplies, frequent power cuts and a severe fuel scarcity — not to mention a cash shortage due to closed banks, and growing unemployment after factories were shut down or looted — is making life increasingly difficult for the population, according to the International Committee of the Red Cross (ICRC).

“The humanitarian situation is very worrying and getting worse,” said Alyona Synenko, the ICRC’s spokesperson for Africa.

Not only did the war displace 2 million people in need, but they are now supported by host communities who themselves have very little. It has also impacted negatively on agriculture, on which most Tigrayans rely to survive.

“Many farmers could not plant their crops on time, because they couldn’t access their land,” Synenko told DW.

“Also, they no longer have access to agricultural credits. They need those credits very badly to be able to buy fertilizer, because due to the local climate, they need fertilizer to be able to plant the crops.” 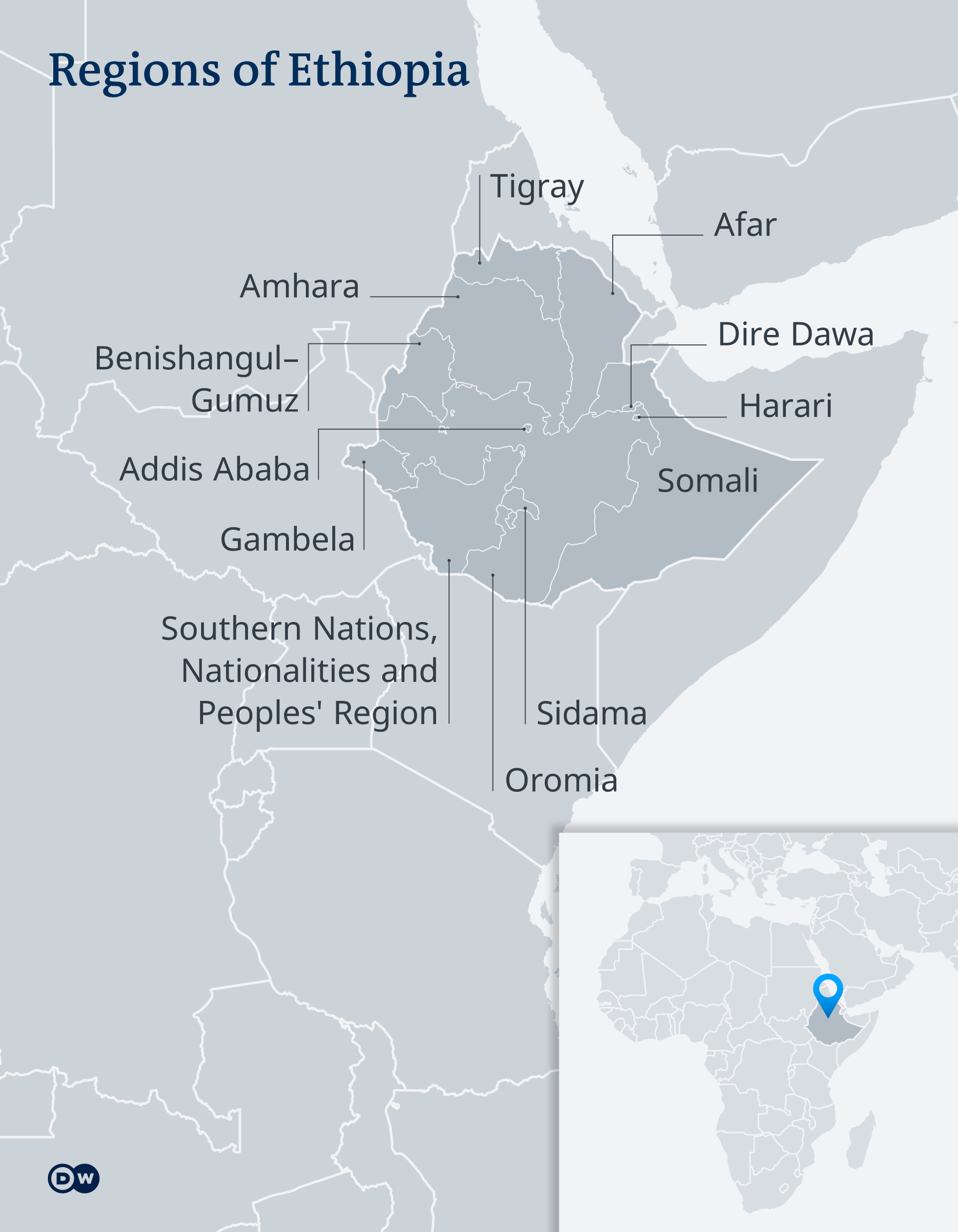 A ceasefire that does not work

The United Nations (UN) warned that more than 400,000 Ethiopians are at risk of starvation.

In a report published last Friday, the UN criticized both sides of the conflict for impeding the flow of aid to the population in need. It called the situation “catastrophic.”

Working on the ground, the ICRC has registered a rapid deterioration of the food situation.

“The farmers tell us they have only one meal a day. We also saw that the quality and the quantity of their meals have gone down,” Synenko said.

On June 29, after military setbacks, Prime Minister Abiy Ahmed declared a unilateral ceasefire until the end of the planting season in September.

But instead of peace after nine months of conflict, “what we have now is an escalating crisis,” said Murithi Mutiga, project director Horn of Africa at the International Crisis group (ICG).

“The Ethiopian government says that it ordered a ceasefire, but the Tigrayan leadership argues that the ceasefire was not sincere, because Addis Ababa is imposing a blockade on the region,” Mutiga told DW.

The war increasingly threatens “to spill over in the region,” warned Mutiga.

Last weekend, the president of Ethiopia’s Somali region, Mustafa Muhumed Omer, said that a vital road and rail trade artery — linking the landlocked capital of Addis Ababa to the sea port of Djibouti — was blocked by local youths in protest against militia attacks from the neighboring Afar region.

The Somali regional government said that Afar militia “massacred hundreds of civilians” on Saturday in Gedamaytu, a town at the center of a regional boundary dispute in northeast Ethiopia.

On Sunday, the Amhara region called on “all young people” to take up arms against forces from the neighboring region of Tigray, who claimed to have taken over a town in Amhara for the first time since the conflict.

Over the past week, local authorities in Sudanese Kassala province found more than 40 bodies floating in the river between the countries. They were apparently people fleeing the war in neighboring Ethiopia’s Tigray region. Some had gunshot wounds or their hands bound. 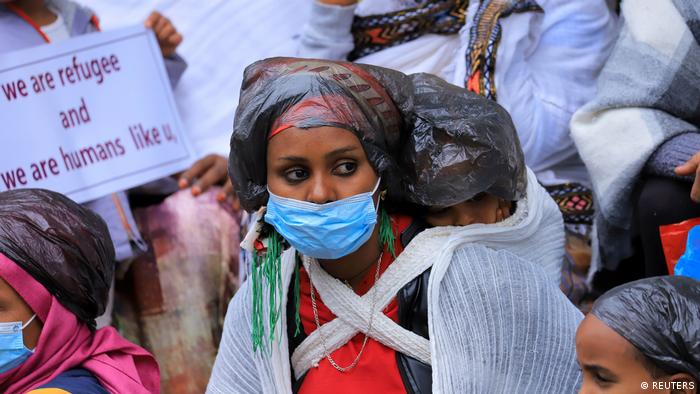 “We have definitely seen that more areas are becoming affected by the violence,” said Synenko.

“We’ve also seen an increased number of the war wounded. And this is especially concerning because many hospitals are experiencing a severe shortage of medical supplies.”

Signs of ethnic cleansing, the prospect of famine and fear of the violence reaching neighboring countries have prompted the international community to increase pressure on Addis Ababa to end the war.

‘A war about blood and soil’

Many critics believe this to be too little, too late.

“It is possible to sympathize with the actors that have been trying to find a way out of this war, because these are very entrenched issues,” analyst Mutiga said. “This is a war about blood and soil, about power and survival, about ethnic nationalism. And, normally, these wars are very difficult to end.”

“But I think this is the moment now to redouble all efforts, not only from the West, not only from the United Nations, but also from Ethiopia’s neighbors and regional multilateral organizations such as especially the African Union,” Mutiga added. 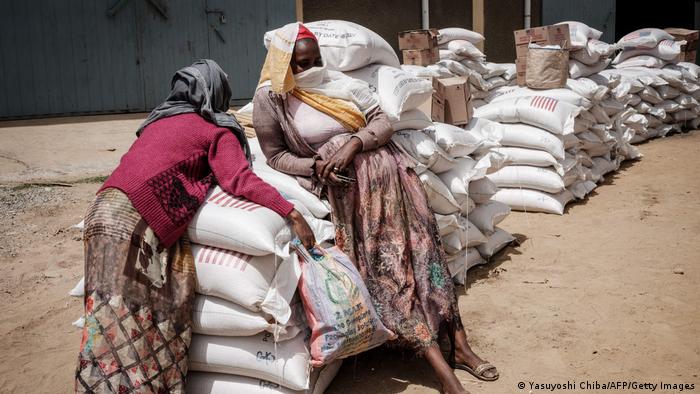 Five million Ethiopians depend directly on aid to survive

Eritrea has been involved in the conflict at Abiy’s side from the start. But other countries are increasingly concerned too.

“Ethiopia has been an exporter of stability in the region, one of the biggest contributors to peacekeeping around the world and in Somalia. So, yes, the longer this lasts, the greater the danger of contagion. Not just in Somalia: in Kenya, in Djibouti. Sudan is also watching with a lot of anxiety,” said Mutiga.

With no end of the conflict in sight, fears are also growing that it might spell the end of the Ethiopian nation. “Given what the disintegration of Ethiopia would mean, I think everybody hopes and would like to invest in avoiding that outcome. It is one that many Ethiopians are worried about. But, hopefully, it is one that can be prevented,” the expert said.