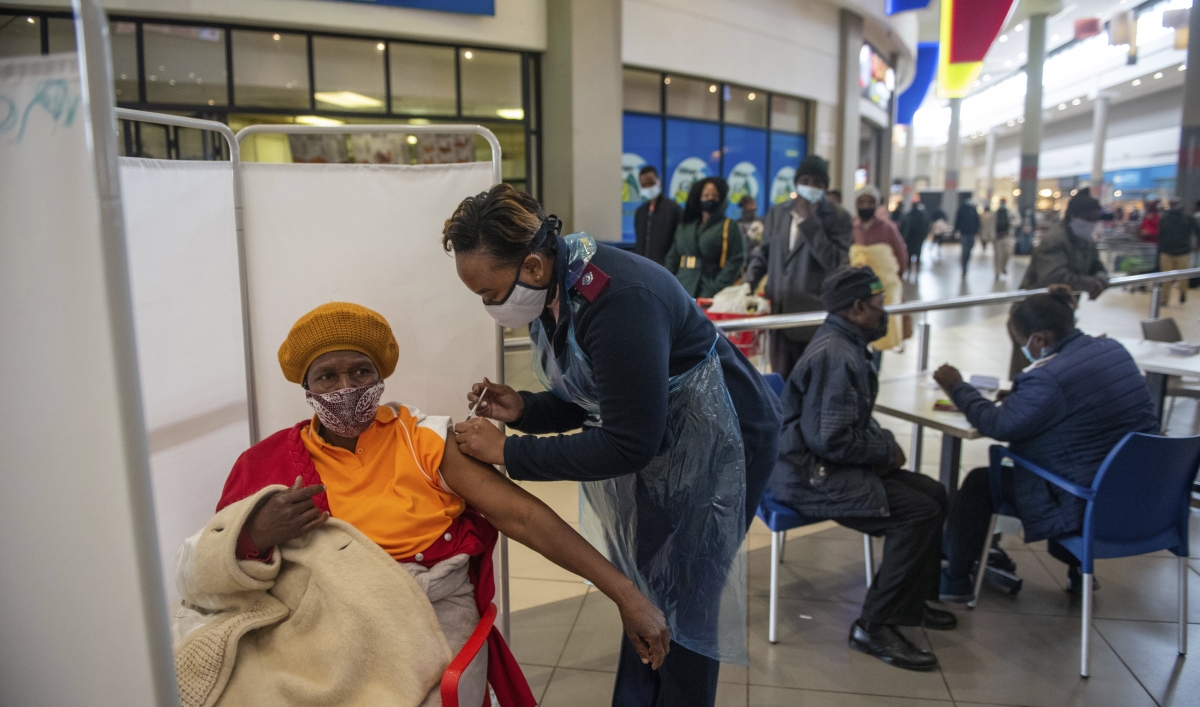 A manufacturing facility in South Africa has started shipping its first doses of COVID-19 vaccines on the continent this week.

It’s a tall order to fill.

Stravos Nicolaou, a senior executive at Aspen Pharmacare, the South African company that produced the Johson & Johnson vaccine, described the shipments as a landmark moment for the company and the continent.

Related: How Niger is fending off coronavirus

“It is a first for us,” he said, speaking on Newzroom Afrika TV this week. “It gives us a better sense of security and supply, and that’s what Africa has been really grappling with.”

The numbers are stark. Globally, more than 4 billion COVID-19 vaccines have been administered. Yet, less than 2% of those are in Africa. A mere 1.5% of the continent has been fully vaccinated, according to the World Health Organization’s director-general this week.

How did it get to this point?

At the start of this year, the hope for Africa — and low- and middle-income countries, especially — was in COVAX, the main global initiative to distribute vaccines equitably around the globe. In late February, the first shipment of vaccines — made in India — arrived at the international airport in Ghana’s capital.

Within a few days, Phenix Azian, a nurse in the Ivory Coast, was one of the first in Africa to receive a vaccine.

“Public health begins with us,” he told the cameras, speaking in French.

That effort has fallen woefully behind. Donations are slow to come in.

Even if it lived up to its promise, COVAX was only meant to guarantee enough vaccines to cover 20% of the population.

Strive Masiyiwa, the Africa Union’s special envoy on COVID-19, said at a recent press conference that he could see the problems with vaccine nationalism developing early on.

“The countries that have production, whether it was India, the United States, Europe, Japan, they all restricted shipments,” Masiyiwa said.

With countries that are home to vaccine manufacturers prioritizing the shots for themselves, he and other leaders got to work on trying to improve access and build up manufacturing capacity in Africa.

Across the continent, only a handful of manufacturers have experience making vaccines. One of them is Aspen Pharmacare on the eastern cape of South Africa. By the mid-2000s, Aspen had become the largest supplier of antiretroviral drugs for HIV in Africa.

Last year, Aspen reached a deal with Johnson & Johnson to help manufacture its COVID-19 vaccine. The US recently invested $200 million to ramp up the facility. In an agreement worth $2 billion, the African Union has preordered 400 million doses, enough to cover 30% of the population of Africa.

With the first shipments finally heading out of the plant this week, and by the end of August, Aspen is expected to complete shipments to 45 countries, according to Masiyiwa.

African Vaccine Acquisition Trust, which formed last November to collectively procure vaccines, is working with UNICEF to coordinate the shipments.

To the north in Uganda, Peter Waiswa — a professor of public health at Makerere University and a member of Uganda’s vaccine advisory group — welcomed the news. He has lost family members to COVID-19, and said many in the country are waiting to be fully vaccinated amid a severe outbreak.

That’s because Aspen doesn’t make these shots from scratch. It has to import the vaccine materials. Then it does something called “fill and finish.”

It was only a couple of months ago that contamination at a Johnson & Johnson plant in Maryland caused delays.

“If we had done this right from the beginning, the whole process — being manufactured in South Africa — hopefully, this would not have happened.”

“Unfortunately, some of these batches went to South Africa, and South Africa had to destroy them,” Coetzee said. “If we had done this right from the beginning, the whole process — being manufactured in South Africa — hopefully, this would not have happened.”

Related: Will Ghebreyesus’ pandemic report card earn him a second WHO term?

She said that having the ability to make vaccines from start to finish would give South Africa and the rest of the continent more control over manufacturing and distribution.

A recently launched hub in South Africa aims to do just that, facilitating such technology transfers for messenger RNA vaccines. These shots are made with the new technology that Moderna and Pfizer use for their shots.

Still, that requires vaccine developers to agree to a full transfer of the technology, which hasn’t happened yet.

As it stands, the Africa Union expects that it will take about a year for Aspen to fill their order for the continent — if they get enough supplies.