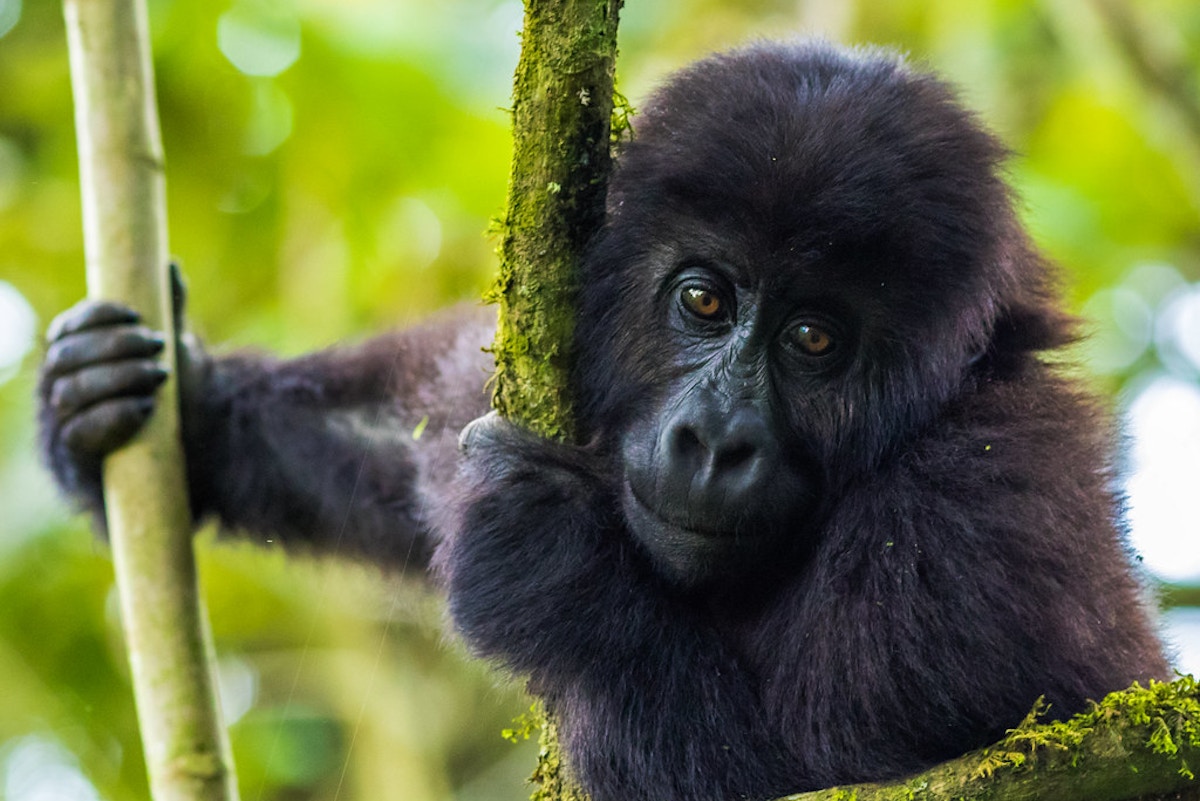 Since 2002, the Democratic Republic of Congo (DRC) has had a moratorium on the issuance of new logging concessions in its vast portion of the Congo Basin rainforest. If the country’s minister of environment has her way, that may be about to change.

In July, Eve Bazaiba submitted a 10-point action plan for reforming forest governance in the DRC. Tucked away toward the end of the list was a proposal to lift the long-standing moratorium, which would open up millions of hectares of forests to industrial logging.

“There’s potentially 70 million hectares [172 million acres] of forest that could be available to the logging industry, maybe not straight away, but it would certainly send a signal that these forests are up for grabs,” Joe Eisen, executive director of Rainforest Foundation UK, said in an interview with Mongabay.

The moratorium was issued by former president Joseph Kabila, who was under pressure by environmental campaigners and foreign powers at the time to slow deforestation and prevent timber profits from fueling the country’s long-running civil crisis. After 18 years in power, Kabila was replaced by Félix Tshisekedi, the current president, in early 2019.

In the years since, campaigners have accused the government of repeatedly violating the moratorium, including in 2018 when three cancelled concessions were reallocated to Chinese-owned logging companies.

While a number of former ministers have complained about the moratorium and suggested it should be lifted, so far it has stood in place. But the current proposal represents the greatest threat to the moratorium in years, advocates told Mongabay.

“This time is very serious, because the current minister took this decision at a government council, so this has been approved by the government, and the meeting was held by the president,” said Irène Wabiwa Betoko, Congo Basin forest campaign leader with Greenpeace Africa.

The proposal comes on the heels of the US-hosted Leaders Summit on Climate this past April, in which Tshisekedi, who also assumed the chair of the African Union this year, called for increased financing for climate mitigation measures in Africa and pledged to restore forest cover in the DRC to 63.5 per cent.

In 2012, the world’s largest tropical peatlands were discovered in the Congo Basin’s swamp forests, much of which lie inside the DRC. Thought to sequester as much as 30 billion metric tonnes of carbon, a new round of logging concessions could threaten the integrity of the peatlands and lead to huge carbon emissions.

According to a 2018 report by Global Witness, France’s Agence Française de Développement (AFD) estimates that if the moratorium is lifted and the area currently covered by logging concessions triples in size, an extra 35 million tonnes of carbon would be emitted per year.

Environmental campaigners say Tshisekedi’s reforestation proposal is incongruous with any movement toward the issuance of new logging concessions.

According to Global Forest Watch, in 2020 the DRC lost more than 1.3 million hectares (3.2 million acres) of tree cover, largely due to small-scale agriculture and the collection of fuelwood for cooking. A new round of logging concessions would almost certainly push that number up.

In 2005, a presidential decree set out three conditions to be met before the moratorium could be lifted. While the first two have since been fulfilled, the third — a requirement for participatory “geographical planning” for the allocation of future concessions — has yet to be completed. For communities living in forested areas, if new concessions are handed out before that process is conducted, dispossession and conflict is likely to follow.

“Up to 87.2 per cent of forest lands in the DRC are claimed to be customarily owned by Indigenous people and local communities,” said Patrick Kipalu, director of the Africa programme at the Rights and Resources Initiative. “So right now if they lift the moratorium and start allocating forest concessions to industrial loggers, it means that it is inevitable that they are going to allocate forest lands that belong to communities.”

After a decree by the DRC’s prime minister in 2014, a follow-up ministerial decree was signed into law in 2016 that established a process for communities to obtain special concessions that allow them to manage tracts of forest. An end to the moratorium could mean that some communities who are eligible to obtain those concessions would instead find themselves faced with chainsaws and bulldozers operated by foreign-owned companies.

“There is a risk here that a lot of land that belongs to communities, or for which communities are preparing or planning to apply for community forest concessions, are going to find themselves being allocated to loggers,” Kipalu said.

According to a report released by the Food and Agriculture Organization (FAO) in March, forest areas managed by Indigenous peoples have significantly lower rates of deforestation than those under other forms of management.

While it remains unclear whether the Tshisekedi administration will ultimately decide to accept Minister Bazaiba’s proposal to lift the moratorium, advocates say the DRC’s recent track record of corruption and haphazard management of its forest is evidence that it should be swiftly rejected.

“Lifting the moratorium right now is exposing communities to massive violations of human rights and exacerbating climate change, because biodiversity is going to suffer and deforestation is going to go higher,” Kipalu said.

This story was published with permission from Mongabay.com.

Thanks for reading to the end of this story!

We would be grateful if you would consider joining as a member of The EB Circle. This helps to keep our stories and resources free for all, and it also supports independent journalism dedicated to sustainable development. For a small donation of S$60 a year, your help would make such a big difference.

Find out more and join The EB Circle